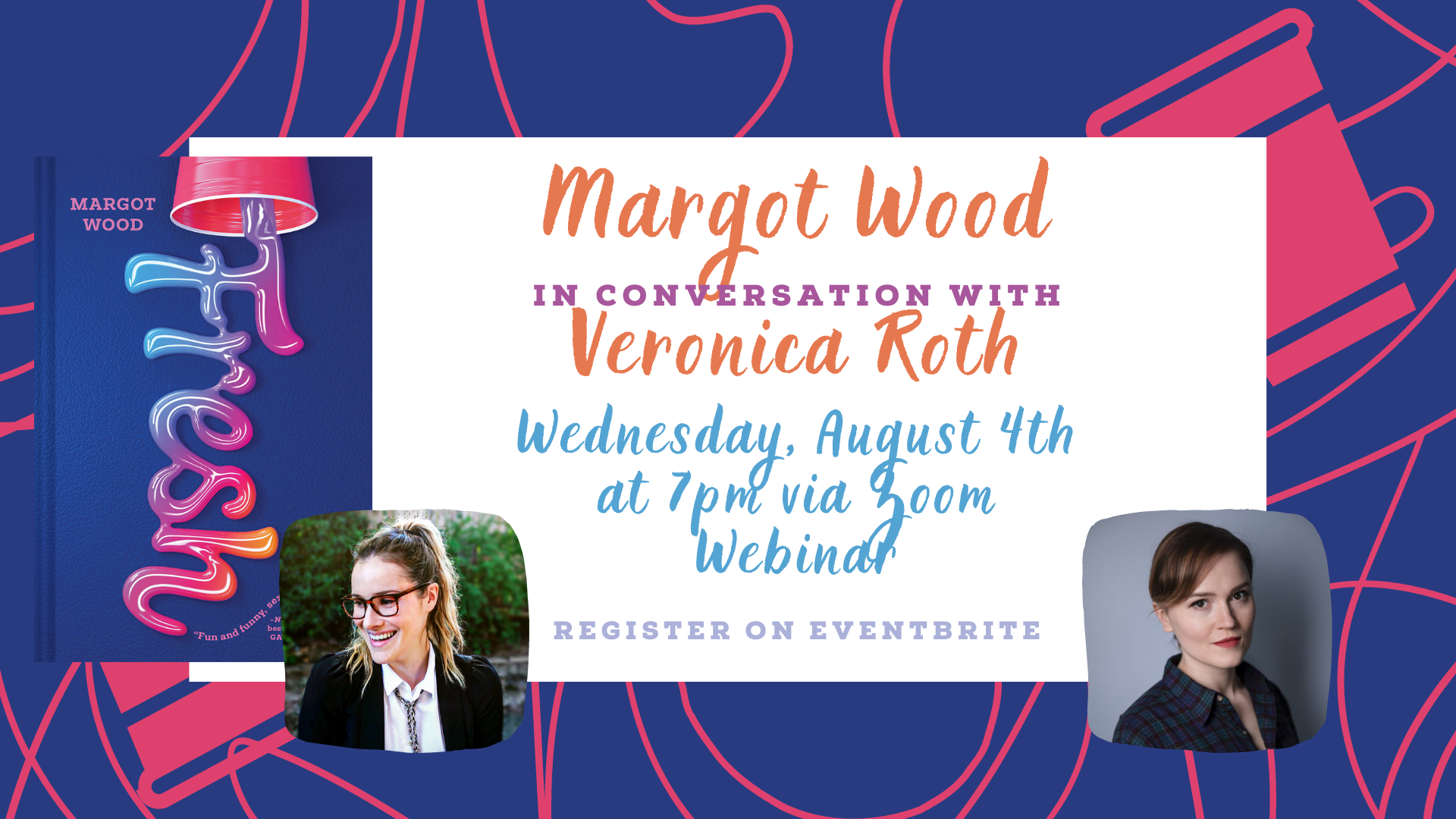 Join Margot Wood as she discusses her young adult debut, Fresh, an Emma-inspired retelling set at Emerson College, with fellow author Veronica Roth! You don't want to miss this one! Register for this awesome event here! Signed bookplates are available!

Some students enter their freshman year of college knowing exactly what they want to do with their lives. Elliot McHugh is not one of those people. But picking a major is the last thing on Elliot's mind when she's too busy experiencing all that college has to offer--from dancing all night at off-campus parties, to testing her RA Rose's patience, to making new friends, to having the best sex one can have on a twin-sized dorm room bed. But she may not be ready for the fallout when reality hits. When the sex she's having isn't that great. When finals creep up and smack her right in the face. Or when her roommate's boyfriend turns out to be the biggest a-hole. Elliot may make epic mistakes, but if she's honest with herself (and with you, dear reader), she may just find the person she wants to be. And maybe even fall in love in the process . . . Well, maybe.

Margot Wood is the founder of Epic Reads and has worked in marketing for more than a decade at publishing houses both big and small. She is a graduate of Emerson College and once appeared as an extra in the Love, Simon movie. Born and raised in Cincinnati, Wood now lives in Portland, Oregon. You can find her online at margotwood.com.

She is a board member of YALLFest, the biggest YA book festival in the country, and YALLWEST, its sister festival. She currently lives in Chicago with her husband and their dog, Avi, whose adorable existence is well-documented on Instagram.

“A laugh-out-loud and vulnerable coming-of-age story.” —The Nerd Daily

[Movie trailer narrator voice]: In a world, where humanity has crumbled—wait, no, wrong story. Sorry!

Celebrate the 10th anniversary of Divergent with a special edition of the #1 New York Times bestselling series that captured the hearts of millions of readers and inspired a series of major motion pictures starring Shailene Woodley.