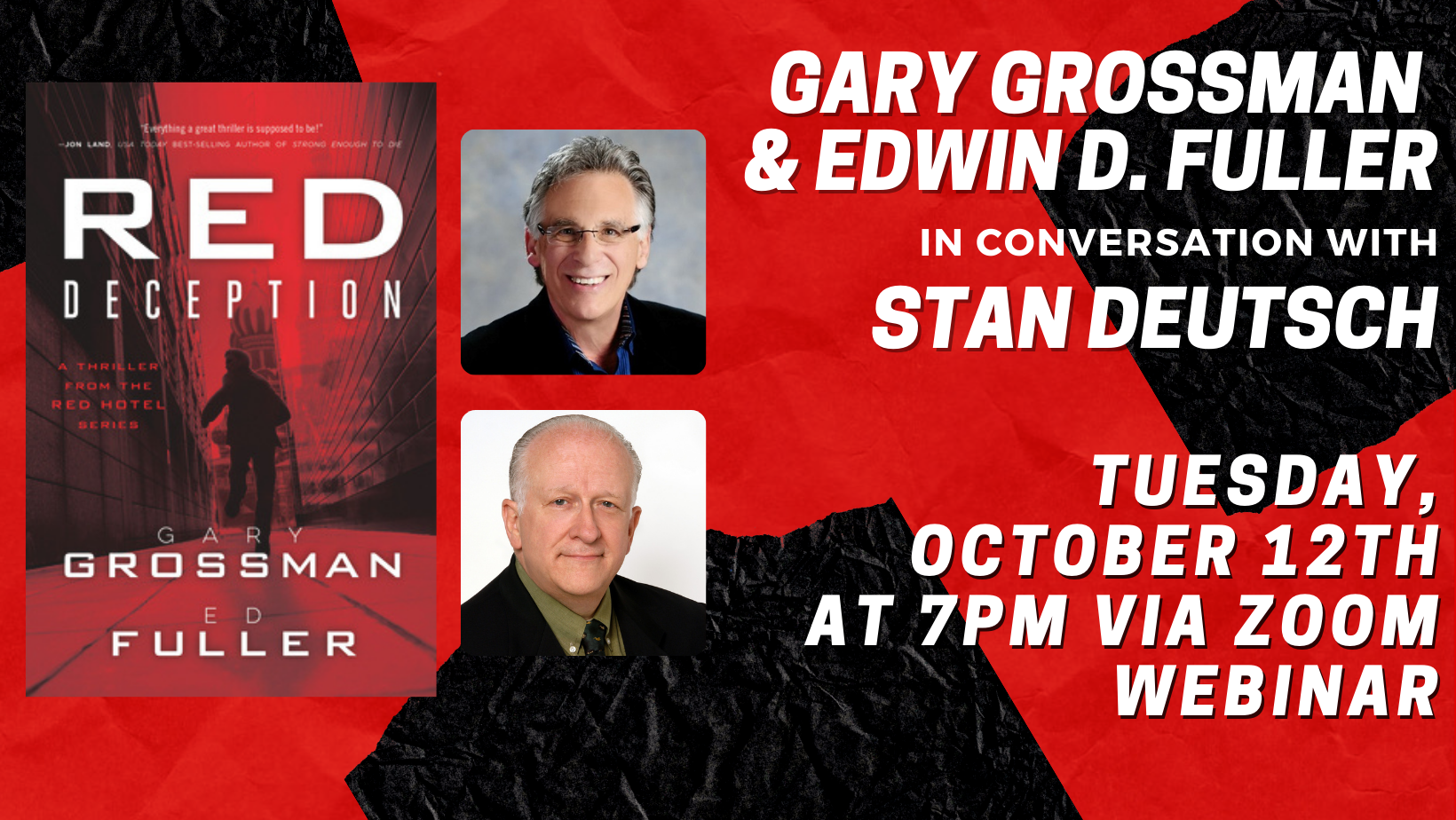 Please join us and authors Ed Fuller and Gary Grossman who will be discussing their thriller, Red Deception! Register for this Zoom webinar here.

Intelligence experts and thriller authors concur: Red Deception is “A page-turner by authors who might as well sit on the National Security Council.” When terrorists bomb bridges across the country and threaten the Hoover Dam, the vulnerability of America’s infrastructure becomes a matter of national security. But Dan Reilly, a former Army intelligence officer, predicted the attacks in a secret State Department report written years earlier—a virtual blueprint for disaster, somehow leaked and now in the hands of foreign operatives. With Washington distracted by domestic crises, Russian President Nicolai Gorshkov sends troops to the borders of Ukraine and Latvia, ready to reclaim what he feels is Russia’s rightful territory. Tensions in Europe threaten to boil over as a besieged American president balances multiple crises that threaten to upend the geopolitical order. With the US at the mercy of an egomaniacal leader, and reporters and covert agents on his tail, Reilly may be the one man who can connect the dots before an even bigger catastrophe unfolds. Red Deception is the second book in the Red Hotel series.

Ed Fuller is a hospitality industry leader, educator, and bestselling author. He is president of Irvine, California-based Laguna Strategic Advisors, a global consortium that provides business consulting services to corporations and governments. Fuller is also director of the FBI National Academy Associates (FBINAA). The plots for Red Hotel and Red Deception draw heavily on his experience and exploits.

Stan Deutsch has been in professional media for more than 50 years.  He has been a morning radio personality and news reporter, an operations and sales manager and equity partner at radio stations on both coasts.  He has also taught and published a weekly entertainment magazine, as well as opearting a successful retail business.  Stan lives in Sacramento, CA and is now fully retired, but keeps busy with his grandchildren, Pickleball, and working as treasurer of his HOA Board of Directors.

Intelligence experts and thriller authors concur: Red Deception is “A page-turner by authors who might as well sit on the National Security Council.”