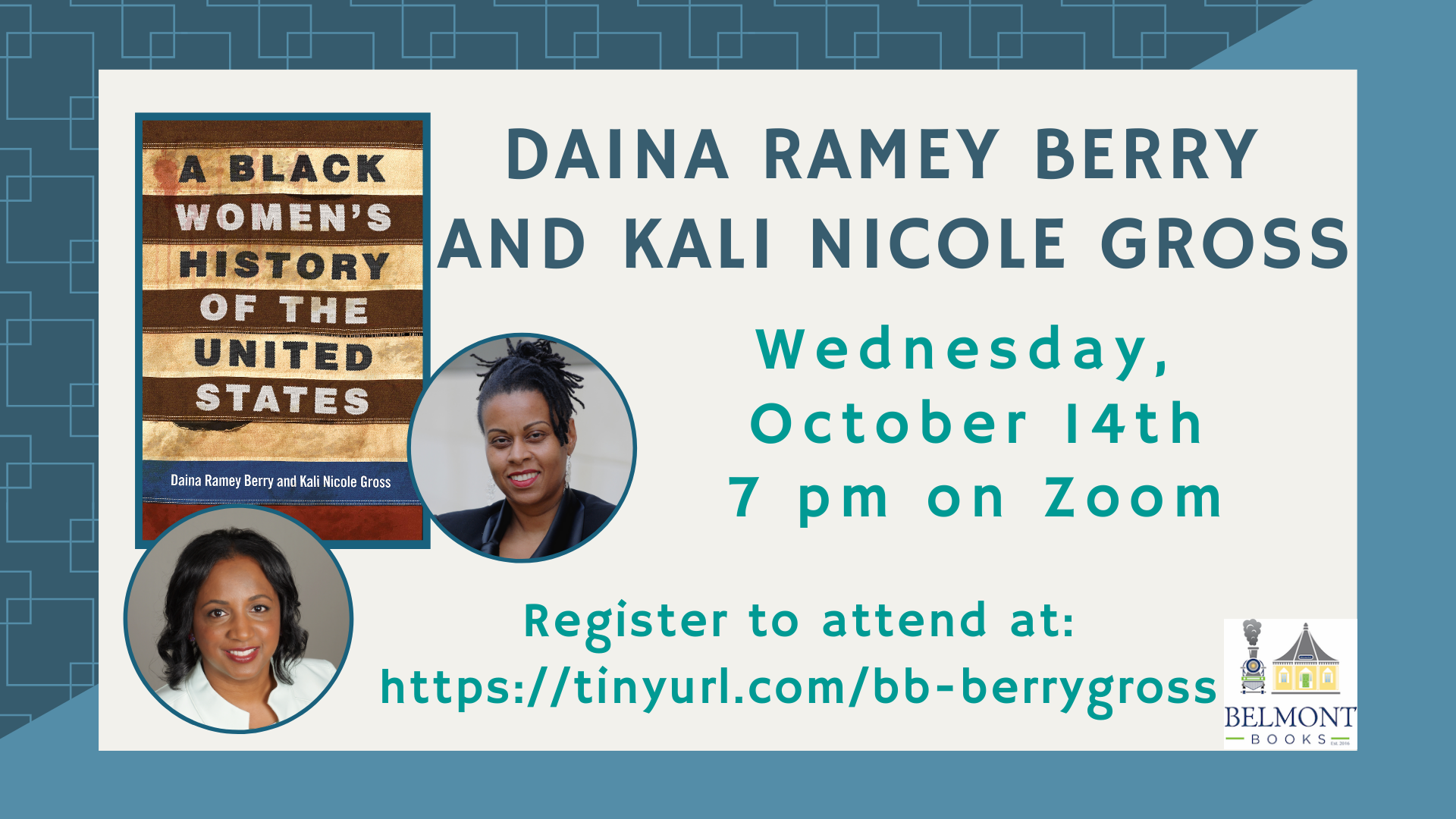 Join us for an event with Daina Ramey Berry and Kali Nicole Gross! They'll be discussing their book, A Black Women's History of the United States, as well as playing Two Truths and a Lie. Click here to register for this Zoom event!

About A Black Women's History of the United States:

In centering Black women’s stories, two award-winning historians seek both to empower African American women and to show their allies that Black women’s unique ability to make their own communities while combatting centuries of oppression is an essential component in our continued resistance to systemic racism and sexism. Daina Ramey Berry and Kali Nicole Gross offer an examination and celebration of Black womanhood, beginning with the first African women who arrived in what became the United States to African American women of today.

A Black Women’s History of the United States reaches far beyond a single narrative to showcase Black women’s lives in all their fraught complexities. Berry and Gross prioritize many voices: enslaved women, freedwomen, religious leaders, artists, queer women, activists, and women who lived outside the law. The result is a starting point for exploring Black women’s history and a testament to the beauty, richness, rhythm, tragedy, heartbreak, rage, and enduring love that abounds in the spirit of Black women in communities throughout the nation.

Daina Ramey Berry is the Oliver H. Radkey Regents Professor of History and associate dean of the Graduate School at the University of Texas at Austin. She is the author or co-editor of several previous books, including The Price for Their Pound of Flesh: The Value of the Enslaved, from Womb to Grave, in the Building of a Nation, winner of the 2017 SHEAR Book Award for Early American History. Connect with her at drdainarameyberry.com or @DainaRameyBerry on Twitter.

Kali Nicole Gross is the Martin Luther King Jr. Professor of History at Rutgers University, New Brunswick. Her previous books include Hannah Mary Tabbs and the Disembodied Torso: A Tale of Race, Sex, and Violence in America, winner of the 2017 Hurston/Wright Legacy Award in nonfiction. Learn more at kalinicolegross.com or connect with her on Twitter @KaliGrossPhD.