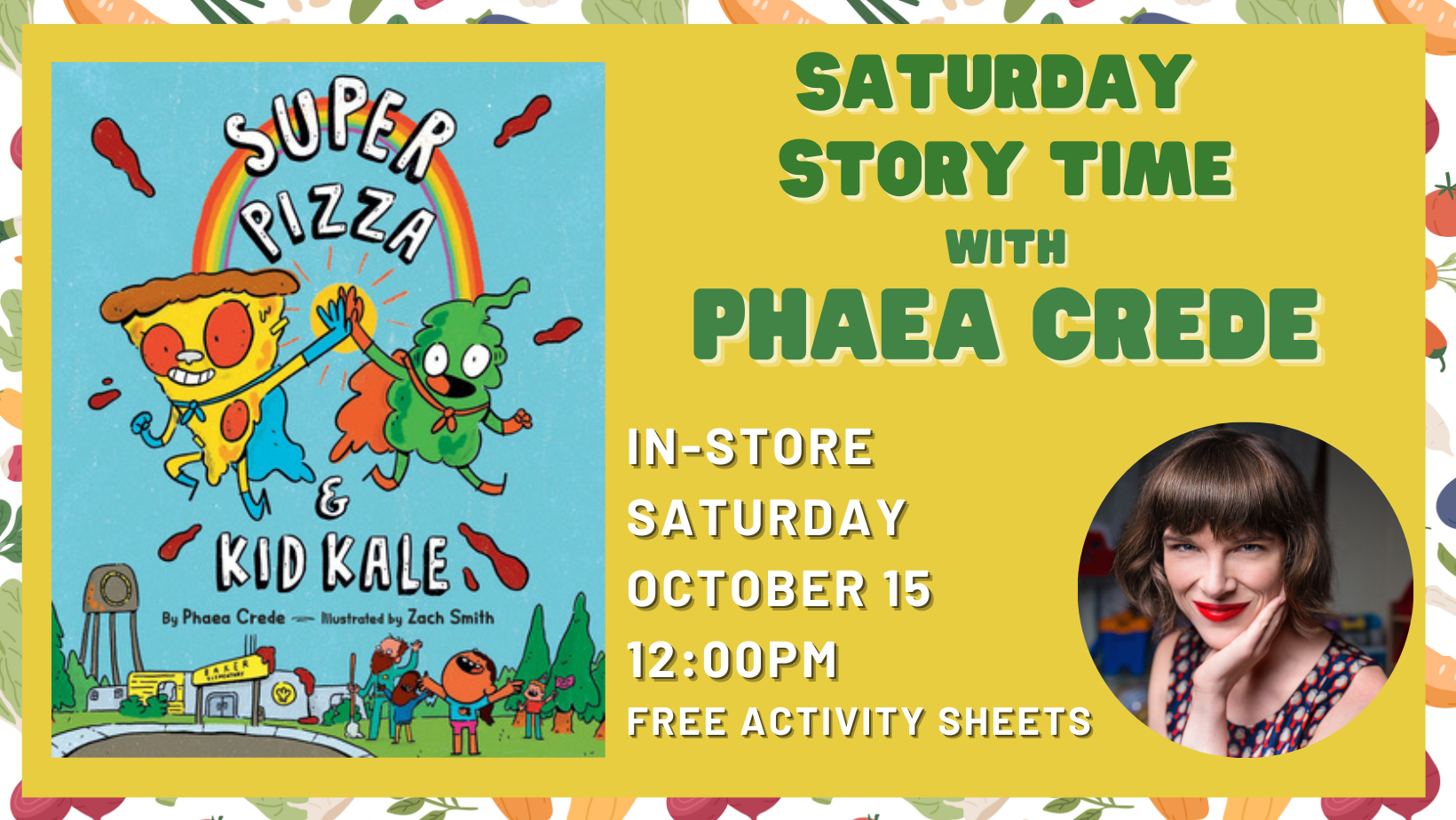 Gather 'round on a Saturday afternoon for story time with Phaea Crede and her new book SUPER PIZZA AND KID KALE! We'll have fun, Super Pizza and Kid Kale activity sheets on hand for attendees!

About Super Pizza and Kid Kale:

Super Pizza and Kid Kale have been delicious do-gooders and the best of friends since the day they came aleaf in the oven of the Baker Elementary cafeteria. But as they heroically foil one dastardly deed after another, Super Pizza’s popularity begins to go to their crust, and it leaves their veggie pal feeling rotten. The growing frustration that begins to drive a wedge in their friendship is now threatening to take the students of the school down with them! It'll be up to Super Pizza and Kid Kale to patch things up so that they can get back to being the heroes that these kids knead.

For fans of Lady Pancake and Sir French Toast comes a hilarious and punny new picture book about navigating the ups and downs of friendship and the unintendend consequences that actions can have on others, starring the Batman and Robin of food.

Phaea Crede loves writing silly picture books for silly kids. Serious kids, too! Her debut picture book Jet the Cat (Is Not a Cat) was published Spring 2021 by Barefoot Books. Phaea lives outside of Boston with her husband, two kiddos, two kittens, and a slightly stinky dog named Gus.

Zach Smith is a storyboard artist who has done work for Netflix, WB Animation, and Nickelodeon. He currently does storyboards on Animaniacs at WB Animation and works on a show that he created. Zach grew up in Michigan, but now lives in Southern California with his wife, kids, and dog.