Daniel Golden - The Price of Admission 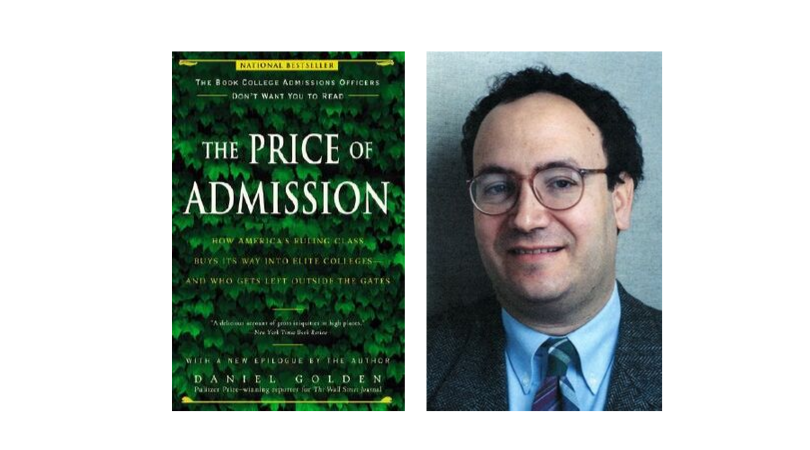 Join us for the launch of the revised edition of the bestseller The Price of Admission.

NATIONAL BESTSELLER • “A disturbing exposé of the influence that wealth and power still exert on admission to the nation’s most prestigious universities.”—The Washington Post Book World

“A fire-breathing, righteous attack on the culture of superprivilege.”—Michael Wolff, author of the #1 New York Times bestseller Fire and Fury, in the New York Times Book Review

In this explosive book, based on more than two years of investigative reporting, Pulitzer Prize winner Daniel Golden shatters the myth of an American meritocracy, disclosing what elite colleges won’t tell you. Naming names, along with grades and test scores, Golden lays bare a corrupt system in which middle-class and working-class whites and Asian Americans are routinely passed over in favor of wealthy white students with lesser credentials—children of alumni, big donors, or celebrities. He reveals that colleges comply with Title IX by giving scholarships to rich women in “patrician sports” like horseback riding and crew and repay congressmen for favors by admitting their children.

The Price of Admission is a must-read not only for parents and students with a personal stake in college admissions but also for those disturbed by the growing divide between ordinary and privileged Americans.

Praise for The Price of Admission

“Deserves to become a classic.”—The Economist

“I was bowled over by The Price of Admission. . . . This book is essential reading for anyone connected with higher education.”—Henry Louis Gates, Jr., W.E.B. Du Bois Professor of the Humanities, Harvard

“If you or your child is applying to a selective college this year, here’s a reading assignment: Pick up a copy of The Price of Admission. . . . [Golden] details the ways colleges chase after the children of the rich and powerful.”—The Dallas Morning News

Daniel Golden is a senior editor at ProPublica. He was previously the Deputy Bureau Chief at the Boston bureau of The Wall Street Journal, and a reporter at the Boston Globe. The recipient of numerous journalistic honors and awards, including the Pulitzer Prize and the George Polk Award, he holds a B.A. from Harvard College. He lives with his wife and son in Belmont, Massachusetts.

The Price of Admission (Updated Edition): How America's Ruling Class Buys Its Way into Elite Colleges--and Who Gets Left Outside the Gates (Paperback)

NATIONAL BESTSELLER • “A fire-breathing, righteous attack on the culture of superprivilege.”—Michael Wolff, author of the #1 New York Times bestseller Fire and Fury, in the New York Times Book Review