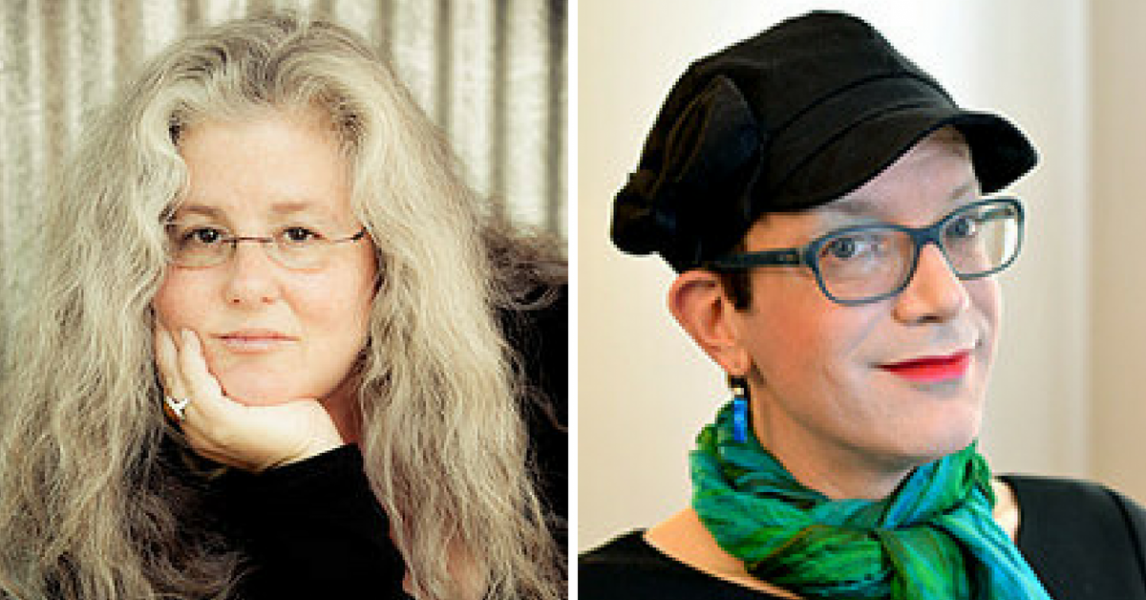 In her newest collection, Dana Levin uses humor, jump-cut imagery, and popular culture references in preparation for the approaching apocalypse. Against a backdrop of Facebook, cat memes, and students searching their smartphones for a definition of the soul, Levin draws upon a culture of limited attention spans as it searches for greater spiritual meaning. The poems in Banana Palace are elliptical by design, the lines often trailing off into a white space of their own making, as if flirting with and resolving in their own isolation.

Dana Levin’s fourth book is Banana Palace (Copper Canyon Press, 2016). Previous collections include In the Surgical Theatre, Wedding Day, and Sky Burial, which The New Yorker called “utterly her own and utterly riveting.” Recent poetry and essays have appeared in Best American Poetry 2015, Poem-a-day, Boston Review, and Poetry. Levin is a grateful recipient of many honors, including those from the NEA, PEN, the Library of Congress, as well as the Rona Jaffe, Whiting, and Guggenheim Foundations. A teacher of poetry for twenty-five years, Levin serves as Distinguished Writer in Residence at Maryville University in St. Louis.

Stephanie Burt is a poet, literary critic, and professor. In 2012, the New York Times called Burt “one of the most influential poetry critics of [her] generation.” She has published four collections of poems: Advice from the Lights, Belmont, Parallel Play, and Popular Music. Burt's works of criticism include The Poem is You: 60 Contemporary American Poems and How to Read Them; Close Calls with Nonsense: Reading New Poetry, which was a finalist for the National Book Critics Circle Award; The Art of the Sonnet, written with David Mikics; The Forms of Youth: 20th-Century Poetry and Adolescence; Randall Jarrell on W.H. Auden, with Hannah Brooks-Motl; and Randall Jarrell and His Age. Burt is Professor of English at Harvard University. She lives in the suburbs of Boston with her spouse, Jessie Bennett, and their two children.

"Intimate and hypnotic . . . whether turning her gaze inward or outward, these poems question the moral, aesthetic, and metaphysical needs that poetry exists to fill." --Ploughshares

Advice from the Lights: Poems (Paperback)

“The brightest and most inviting of Burt’s collections for readers of any, all, and no genders.”—Boston Review

There are no products in your shopping cart.

Powered by My Must Reads

New at the Café:

We serve El Recreo Coffee -- Voted one of 20 Best by Boston Magazine!

This feature require that you enable JavaScript in your browser.
END_OF_DOCUMENT_TOKEN_TO_BE_REPLACED

This feature require that you enable JavaScript in your browser.
END_OF_DOCUMENT_TOKEN_TO_BE_REPLACED

This feature require that you enable JavaScript in your browser.
END_OF_DOCUMENT_TOKEN_TO_BE_REPLACED