Between the Lines Reviews - September 2018

Kid Scientists - True Tales or Childhood From Science Superstars - I loved this book! It is about scientists when they are a kid. It includes Albert Einstein, Jane Goodall, Nikola Tesla and more. My favorite was Neil Degrasse Tyson who paid for his first telescope by walking dogs. Anybody who likes nature and science will love it. I recommend this book. — Will, Age 8

Eventown - This book will blow you off your feet. It’s such a creative story and has got an amazing plot line. Throw in some great writing and there you go. Just don’t overlook Corey Ann Hayden’s terrific characters, like Elodoo and Naomi show strength and courage throughout the tale.  If you enjoyed reading Nowhere boy and The Someday Suitcase you’re bond to enjoy Eventown. — Sadie, age 11

In my book, Warrior of the Wild, Raz is trying to kill the god of suffering. She has to end the god of suffering (Peruxolo) in order to return to her village. On the way, Raz meets allies and enemies and learns Peruxolo's secrets and defeats him. Amazing book, I give it 5 stars.  It's probably best for ages 11 and up. Fans of Percy Jackson will love this!     — Indigo, age 10

The Train to Impossible Places is super creative. The story P. G. Bell tells is quick paced, as fast as a train! The ingenious characters like Suzy, Wilson, Frederick and more kept you on your toes. The artistic plot line will make you question all your previous thoughts and the hilarious writing will have you laughing your head off. This book is most definitely a must read! — Sadie, age 11

I loved the book Dreamway! The way the book started was with the name of the main character (Stella’s) school, I really liked starting off that way. I also loved that in the beginning, Stella was in french class and was focusing on her little blue jay friend. Not only did Stella save the bird, but they could also communicate to each other. The author also described every character uniquely to make vivid pictures in your mind. I really admired the different personalities of each character and twists of the plot. I thought it was a very creative, dramatic, and magical plot that I really ENJOYED! — Zoe, age 10

Anything But Okay demonstrates lots of themes that are important for young adults to know about. One of those themes is stereotypes. Stella’s friend Farida is treated poorly just because of the way she looks. When Stella’s brother Rob gets involved in a fight, Stella has to learn how to stand up for Farida and her family. Stella has to deal with all of the problems with the news story while trying to win the election for class president. She is able to get through all of these problems with the help of her friends. This book shows that is is not okay to make assumptions about people because of their race, and it is important to have good friends to get you through tough times. — Gillian, age 13

The Ice Garden by Guy Jones was so entertaining! The book is about Jess, who is allergic to the sun. She always has longed to run on the playground with friends, but she’s stuck inside all day. But one day she finds a secret ice garden and nothing is ever the same. I enjoyed this book because it is about friendship and really being there for someone when they need it. I would give this book a 5 stars out of 5! — Tess, age 11

Cats vs. Robots: This is War - An exciting novel by Margaret Stohl pits the Great Feline Empire against the Robot Federation as they race towards earth to find the singularity chip. Caught in the middle are Max and Min two twins who couldn't be more different. Joan drone thinks that she and the rest of the prototypes are safe inside the house until Max brings in two crazy kittens! This can only mean WAR!!
I highly recommend this book to anyone who likes cats, robots and hilarious excitement. — Sebastian, age 10

Max Einstein: The Genius Experiment - I greatly enjoyed this book. Max Einstein is an orphan who gets brought to the CMI who help improve the world from disasters. There is a competition in which there are 9 competitors including Max. Max is trying to win the competition and be the head of the team to help the world. They first go to Lubumbashi Congo to install solar panels so kids don’t have to work in the mines to earn money, but they run into some trouble with some enemies … A jam packed story with tons of excitement and adventure! — Meshkeen, age 9

The Soccer Secret - I love soccer and I think this is a good book because i like reading stories about soccer. The book is about 2 kids who are trying to solve a mystery of a soccer jersey which was mysteriously sent to them. Zach and Zoe solve the mystery with help from their teammates. I think soccer players will enjoy this book. —  Adro, age 6

Lion Down - This book in the FunJungle series is about Teddy, a boy detective whose parents work at a zoo, proving a cougar innocent of “canicide”. Lion Down is filled with twists and turns and is just plain hilarious. The problems and plot in this novel are also more unique than the other books in the series. I recommend this book to all readers that like a good mystery and like a good laugh. So put on your FunJungle T-shirt, and read Lion Down!  — Ben, age 11

The Dollar Kids by Jennifer Richard Jacobson is an easy to read young adult novel about grief, friendship, and the unbreakable bond of family. I truly loved reading this book! The author has a very simple style of writing and the characters are humorous and relatable. I would recommend this book to anyone who loves a happy ending. Hopefully, others like this book as much as I did because I rate it an eight of ten.            — Gwen, age 14 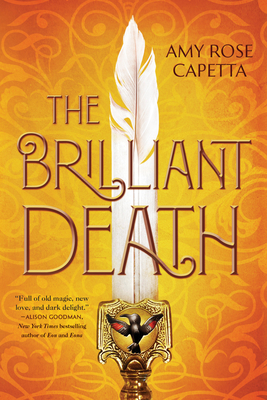 The Brilliant Death is a story about a strega girl who has to make a wrenching decision -- loyalty or power? This heartbreaking and suspenseful tale flows like a magical river. It runs over rocks and fish, always finding a way to thrive and push the plot forward, delving ever so deep into many precise details. I would definitely recommend this book for Young Adult readers and for Belmont Books in general. — Sophia, age 11

Come November was such an amazing story! With Marina’s mother wrapped up in planning a departure to a new world with her fellow “Next World Society” members, and her father in New York with a new wife and baby along the way, Marina, also known as Rooney, is having trouble. Not to mention possibly leaving this planet forever, she also has so much more on her plate. With an upcoming graduation and collegeapplication, and more, will Rooney be able to keep everything from falling apart?! Find out in Come November, a must-read for all interested middle schoolers.       — Sarah, age 11